"That little girl has no idea of the task she has inherited."
"But sooner or later, she will."
―Graf and Alexander Row, speaking about Alvis Hamilton[src]

Alvis Exile Hamilton is the last surviving family Guild member of the Hamilton house. She herself is the living key to gain access to the arch-ship, Exile. Because there are many who sought to control the power of Exile, Alvis became the center of conflict and a person of interest for those who desire Exile; it's the reason why the Guild always chase after her.

As a living key to gain access to Exile, Alvis actually contains massive power. When the mysterions are said, every mysterion further causes her body to charge more power that can overload Claudia systems and super-charge the elements. Unfortunately, she has no real control over her abilities.

Alvis Exile Hamilton is a small 11-year-old girl with a round face and large pale blue eyes. She wears her long silver hair caught in two buns on either side of her head. She normally dresses in a knee-length white dress with a white apron and black boots.

Her nurse, Guita, and the pilot who was commissioned to transport her, Ralf Wednesday, were killed as a result of the Guild's pursuit. Claus Valca tended to Ralf when he crash landed and that's how they met Al. Ralf knew he was going to die and asked Claus to take his dangerous mission in delivering Al to the Silvana. While Ralf distracted the Guild pilot with his engine, Claus and Lavie drifted downstream with their vanship and Ralf self detonates his ship to save the three of them.

When Al woke up, she was confused and scared of Claus and Lavie because she was unconscious during the whole ordeal. She wanted to know whatever happened to her previous guardians, but Claus and Lavie made up an excuse that they were simply away. Al's intuition was enough for her to figure out they are dead. During the night while Claus planned their route, the Guild already caught up to their house and had to make an early run before morning. They didn't run far before the Starfish caught up to them. At the last moment Alexander Row used a pistol to kill the pilot and recovered their "cargo." Al was knocked out during the Guild fighter assault. After she came to, she woke up again to new strangers (Silvana crew). Claus during that time didn't like Alex's facial expression and worries about the safety of Al. He steals highly purified fuel from what's left of the Guild fighter and flew to the Silvana to find Al.

Stay On Silvana & The Guild's Pursuit[]

After everyone was reunited, Claus remained with the Silvana crew to look after Lavie and protect Al. Al does not know of her importance, but learns of it while under the care of the Silvana. She is the only person who holds the key to unlocking Exile by knowing the answers to the questions that form the Mysteria (see below). The Guild's Maestro Delphine Eraclea kidnapped Al and Claus to discover the secrets of Exile. She needed to recite all four passages, but Alex was smart enough to not know of the fourth and final one should he ever get captured and interrogated.

After Lucciola helped Al and Claus escape from the Guild, Al ended up back in Norkia with Claus. They ventured back into the Grand Stream to use the Vanship Lavie worked so hard on to adapt to Grand Stream conditions. After they entered the domain, Al and Claus got to the other side of the Grand Stream, she finished reciting the poem that would unlock Exile's true form. In the end she would live normally and coexist with other children near her age on a farm on Earth with Mullin Shetland, Dunya Scheer, Tatiana Wisla, and Alister Agrew as they all saw Claus and Lavie fly over them. The story never reveals how Alvis knows the Mysteria, why she was entrusted with them, or whether she is different in any way from a normal human.

In The Silver Wing, she reappears again during Turan's alliance with Anatoray-Disith and is introduced by Dio to Fam, Millia and Gisey as a key to Anatoray's Exile. When Ades attacks the Silvius, she is taken onboard the Urbanus by Vincent to be kept safe. Alauda and Ades' assassin forces invade Anatoray, and Alvis is seen running through the wheat fields in an attempt to escape them. She's rescued by Dio, who fights them off and the two of them escape on his vanship.

Restarting what the former Augusta attempted nearly a decade ago, Sārā Augusta restarts the Grand Race in attempts to bring world peace again. Learning about the Grand Race, Claus and Lavie attended to observe the race along with Alvis. Dio originally won the race, but due to the fact he won without a navigator, he was disqualified and Tatiana Wisla was the defaulted winner.

Alvis as the key to Exile 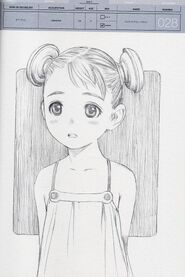 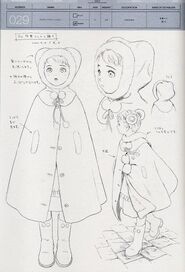 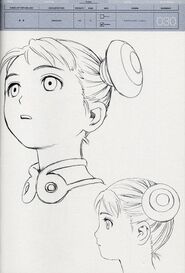 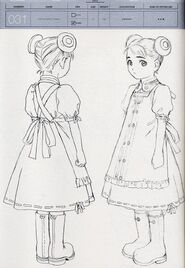 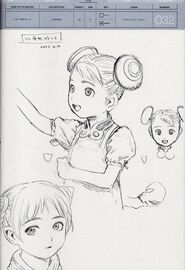 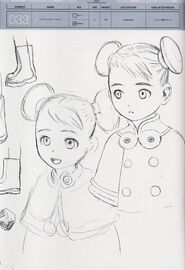 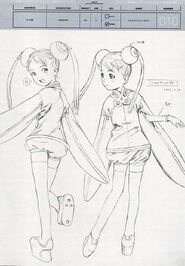 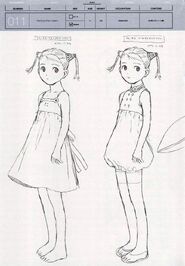 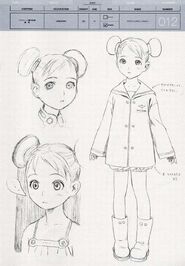 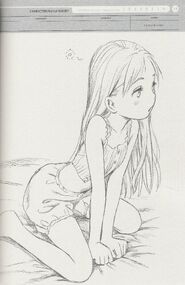 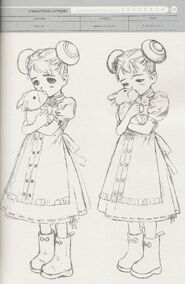 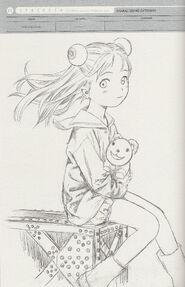 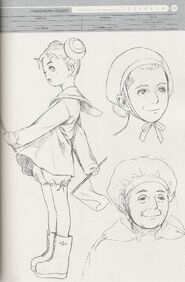 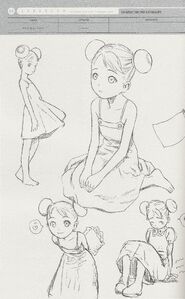