Last Exile
Register
Don't have an account?
Sign In
Advertisement
in: Fam, The Silver Wing Characters, Last Exile Characters, People of the Guild,
and 2 more

"The only thing I really know about is Dio and the Maestro. They are the Guild to me."
―Lucciola to Godwin Austin[src]

Dio Eraclea (ディーオ・エラクレア) is a member of the Guild and the little brother of Maestro Delphine Eraclea; he is the heir and successor to the House of Eraclea. He runs off with his best friend/navi/bodyguard, Lucciola, to join the crew of the Silvana after becoming infatuated with one of its vanship pilots, Claus Valca, and eventually wishes to stay on board the ship. After the events of Last Exile and into Last Exile - Fam, the Silver Wing, he immigrated to Earth and joined crew of the Silvius. He later left to join the Sky Pirates and had a six-month stint with Fam Fan Fan's crew until he had to return to the Silvius to aid them in the war against Ades.

Dio is playful and cheerful. He is sometimes eccentric. Dio is childish as well.

Dio is a skilled Starfish pilot. In the episode "Interesting Claus", his piloting skills are shown to be superior to Claus's. Dio is adept at flying vanships, and comes in second to Claus in the Horizon Cave Eight Race. Dio is talented enough to fly without the assistance of a navi.

Dio also possesses considerable combat skills, which he demonstrates by winning the Trial of Agoon in Last Exile and by defeating Alauda in The Silver Wing.

Dio has white/silver hair and purple eyes, with decorative orange eye makeup at the edges, as well as the pointed ears - a common feature in the Guild. In Last Exile, Dio is always clad in a Guild uniform, and has a portion of his hair on the left grown longer and braided. In The Silver Wing, Dio retains his general appearance, with one exception being his hair - now not braided on the left, longer and adorned with a red tie. His bangs have also grown out. He still wears a Guild uniform similar to the look of the first series, and still has the goggles Claus gave him for his 17th birthday around his neck.

As a young child, Dio chance witnessed Delphine's murder of their parents during her conquest to take control of the Guild, something unknown to her. Dio's attitude and personality were sculpted by his fear of being killed by Delphine as well. Assuming it was simply due to loneliness from the loss of their parents and not because of the newly developed fear of her, Delphine decided to give Dio a bodyguard both to keep him company and to keep him safe from the possibility of an attack from rebels and vengeance-seekers from the purge of the other Guild houses. Lucciola was chosen by Delphine herself, likely due to the fact that his brother, Cicada, had shown exceptional skill and loyalty to her. After giving Lucciola his name, the young, frightened and lonely Dio bonded with him immediately, a bond that would deepen as they grew up together. Delphine's growing jealousy was shown in her choice to keep close tabs on the two, and by punishing Lucciola to prove of who all in the Guild were truly ruled by. Her ordering him not to eat as a form of punishment simply ended in Dio sneaking him food instead.

The name Lucciola means "firefly". According to Dio, fireflies glow to communicate and possess hearts just like those in the Guild do, and since childhood, Dio has always done wild, out of control things to invoke reactions and expressions from Lucciola, apparently wishing to know the things he was truly thinking and feeling beneath his rigid posture. That sort of easygoing behavior left Dio uninterested in the political life of the Guild - something Delphine couldn't have wished more for, so she allowed him to do as he pleased as he grew up.

One thing Dio decided to do early on was to wear white Guild robes, something unusual and against the norm of the Guild Agents. By tradition he should be wearing black, and his direct subordinates Apis, Coccinella, and Lucciola should be wearing grey. Dio's servants cannot dress as though they outrank him, so they are downgraded to the same. Their collars are silver while Dio's is gold to tell him apart from the other three.

As Dio grew, he discovered easier ways to step around his sister and placate her if there was ever any fear of displeasing her. As his 17th birthday approached, Dio began to get restless. Due to Dio's playful and cheerful attitude, he was viewed by several other characters to be really weird and creepy, this view is emphasized when he developed an obsession with Claus, insisting on calling him "Immelmann" (the name of Claus' aerial maneuver). Due to his sister's immense oppressive nature, Dio suffered from a psychological breakdown after he was forced to go through the Trail of Agoon.

The Temple Ruins & the Silvana vs. The Guild[]

On Board the Silvana:[]

Rite of the Covenant & Trial of Agoon:[]

Back to the Grand Stream & After the Series:[]

Joining the Sky Pirates & Rescue of the Lasas[]

It is mentioned at the beginning of the new season that Dio joined the Sky Pirates nearly six months after he was saved by a passing Guild ship when he fell from his vanship at the Grand Stream. His incredible flying skills helped him to gain the trust and friendship of the sky pirates, including Fam Fan Fan and Giselle Collette.

Dio still has a free spirit and childish personality. At the beginning of the first episode Fam and Giselle were at a mission to capture a skyfish, Dio was told to go out and help, but he just sat there singing his birthday song.

When rescuing the Lasas, Dio showed his remarkable talent. Dio managed to enter the Lasas and took over piloting it. He tricked the enemy into thinking the Lasas had sunk itself by setting off its explosives.

Information on and Attempted Capture of the Silvius[]

Return to the Silvius & Skyfish Hunting[]

Recovery of the Anshar & Anatoray-Turan Alliance[]

Dio rescued Alvis Hamilton from Alauda and Ades' assassin forces, as she is also a key to an Exile. He takes her to meet Fam's crew.

Declaration of War & Attack on the Silvius/Anatoray[]

Dio remained mostly uninvolved in the war, though he did help activate Princess Millia's Exile (like he did with Alvis) in order to use it as a shield against the Grand Exile's imminent attack on the Silvius, effectively saving the ship from obliteration. It was revealed that Dio never fully recovered from his psychological breakdown in Last Exile, and that Lucciola's death had an adverse effect on his fragile mental state.

After Luscinia Hāfez's plans were foiled, the Ades Federation renewed their policy for world peace. Restarting what the former Augusta attempted nearly a decade ago, Sārā Augusta restarts the Grand Race in attempts to bring world peace again. Learning about the Grand Race, Claus and Lavie attended to observe the race. Dio originally won the race, but after discovering that he has no navigator, he was disqualified and Tatiana Wisla became the winner by default since she and Alister Agrew were at the second place. 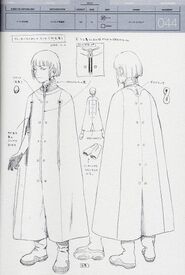 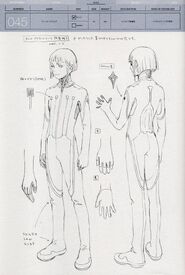 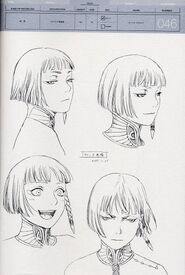 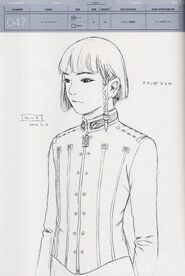 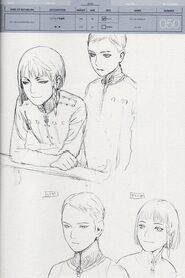 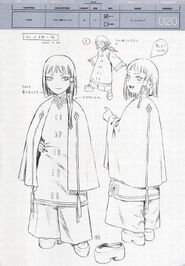 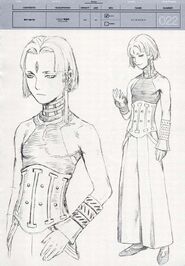 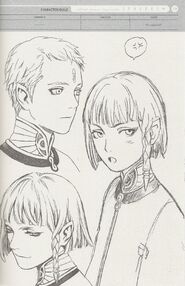