Last Exile - Travelers from the Hourglass

Last Exile - Travelers From the Hourglass (Last Exile - Sunadokei no Tabibito) is a manga set in the Last Exile universe. It details the events after the end of Last Exile and before Last Exile: Fam The Silver Wing. The manga is written by Gonzo, illustrated by Minoru Murao, and published Kadokawa. It was serialized in Newtype Ace from 2011-2012 (completed).

Chapter 0: The World We Came From

Continuing from the end of the episode Resign, Exile travels from Prester to Earth, carrying a crew that includes Alvis, Claus, Lavie, Tatiana, Alister, Holly Mad-thane, and Dunya Scheer. When Exile enters Earth's atmosphere, Fam Fan Fan and Giselle Collette see it as a shooting star.

Chapter 3: Maiden of the Exile

Claus and Lavie are addressed by the Guild member who piloted the Starfish Booster. He informs them that, as returnees from a Prester Colony, they will be welcomed back to Earth on two conditions. First, that they place themselves under the Guild's control; and second, that they surrender their Key to Exile. Claus and Lavie refuse, saying that Al is a part of their family, and that they will never submit to Guild control again. The Guild member attempts to take Al by force, easily beating up both Claus and Lavie, but is forced to retreat when reinforcements arrive. Claus, Lavie, and Al return to their farm safely, but with the knowledge that Al will once more be hunted.

Tatiana invites Claus over to her house, where he meets her uncle, Henrick Wisla. Henrick initially dislikes Claus for being a commoner, until he realizes that Claus is the pilot who famously crossed the Grand Stream in a vanship. Meanwhile, back at Claus and Lavie's farm, Mullin and Dunya have come over to protect Al. Mullin upsets Lavie by implying there is a relationship between Claus and Tatiana. A large number of Starfish Boosters then show up and try to seize Al again.

Claus returns to the farm to find that Lavie and Al have been taken by the Guild. He is determined to go and rescue them, so Tatiana lends him a Military Vanship and says she will act as his navi.

Claus gets the idea to track down Al and Lavie using the communication device Lucciola gave her. While Lavie is held prisoner, Al is taken before a number of Guild members. They say that their highest duty is to protect and serve Keys like her. She learns that the Guild of Earth is composed of clones. However, due to gradual degeneration of the original genetic samples, more and more cloned bodies are ending up defective. Claus and Tatiana return to the Starfish they downed and use it to locate Al. She is being held in a mountainous area.

Claus and Tatiana attempt to rescue Al from the Guild. However, Tatiana isn't as experienced at being Claus's navi as Lavie is, and can't keep up with him. They are shot down by Starfish launched from the base. The vanship is still in airworthy condition after it crash-lands, but Tatiana is insecure and visibly upset because Claus called her by Lavie's name in the heat of battle. The chapter ends with her asking Claus the seemingly loaded question of whether or not she was good enough to take Lavie's place.

Chapter 9: Those Without Honor 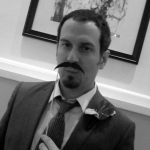