For the location of Last Exile, see Prester.

Carefully selected for migration on a global scale based on region, several hourglass-type space colonies (called Prester Colonies or Presters) were constructed. In their placement, it was necessary to find locations with fixed stars where there were little gravitational disturbances and cosmic dust so the colonies could last for perhaps a millenium. Because the resources required in building Presters were so vast, locations had to be found with materials that could be utilized. In some instances, more than one colony was being built in the same place.

The artificial planets were able to harvest solar rays to power the circulation of air and water, allowing them to simulate Earth's environment indefinitely. If human civilization and culture were able to exist in a Prester's closed system, it was the expectation that humans would return to their mother star after the Earth's regeneration.

The environment of Presters were planned to resemble the sixteenth and eighteenth centuries. It was felt that such an environment would be adequate for supporting the entire population of immigrants in its closed system. 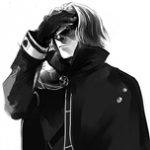