Ralf Wednesday was commissioned to take Alvis E. Hamilton to the Silvana. The woman named Gita Rjuna is also with him, acting as his navi, as she is Alvis's caretaker. During the journey, Ralf is attacked by a Guild Starfish, which is pursuing him in order to capture Alvis. Having been wounded, as well as having his vanship heavily damaged, Ralf accidentally crashes into Hurricane Hawk at the Norkia Cup Race that Claus and Lavie are competing in. After watching him crash, they decide to land and help him.

Knowing that he will not survive, and that the Starfish is still following him, Ralf passes his mission onto Claus, who accepts, and he and Lavie take the unconscious Alvis and escape with her. Ralf stays behind and distracts the Starfish long enough for them to get away, eventually using a bomb to destroy it, taking his own life as well.

Ralf is survived by his older brother, Michael Wednesday. 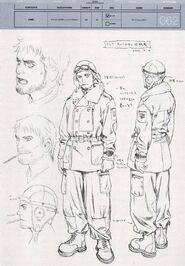 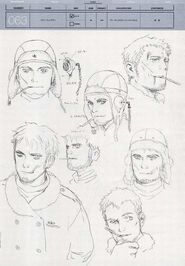