Despite being very kind and gentle, she can experience difficulties in understanding another person's feelings. Like when she told Alex that Claus will be flying in the same skies he did.

When on the Silvana, Sophia commonly wears a pair of thin rimmed glasses, and keeps her hair in a tight bun with a braid on either side of her face. Despite this stern appearance, she is actually quite nice.

She graduated from the Anatoray Officer's Academy. Along with Vincent Alzey, she is one of the few people Alex Row trusts and is often seen left in command of the ship when the Captain is out in pursuit of his own agenda.

Interestingly Sophia was assigned to be an on board spy to reveal everything to the emperor, but Sophia fell in love with Alex and never revealed anything compromising about Alex. During the series, it is revealed that Sophia is actually the daughter of the Emperor and the princess of Anatoray. She ends up taking his throne after he is killed. The Silvana crew members are shocked by this, but the feelings of unrest about Sophia's true identity comes to rest when they see that deep inside she is still their executive officer, and loyal to both the Silvana and Alex.

After two years since the events of Last exile, Sophia later on comes to Earth along with the Anatoray battle fleet to aid the Alliance in the battle against the Grand Exile, it is revealed that the Silvana is still in operation as her personal flagship in Triple Rook. Sophia was seen after the battle once again when she joined with the other rulers Sārā Augusta and Millia il Velch Cutrettola Turan as a representative of her own empire Anatoray-Disith at the opening of the second Grand Race. Sophia was also seen at the Grand Lake attending the peace treaty between the Ades Federation and the other nations that includes United Kingdom of Anatoray-Disith, Kingdom of Turan, Glacies, and the Sky Pirates.

Sophia during her coronation

Sophia with the representatives of the allied nations

Sophia during the Grand Race 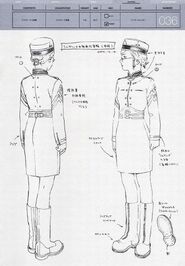 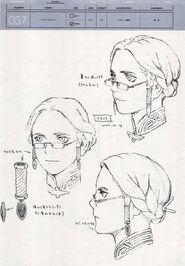 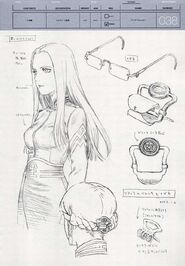 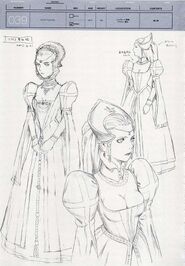 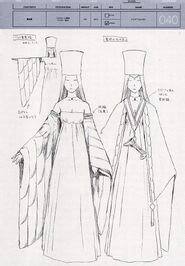 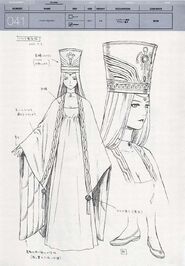 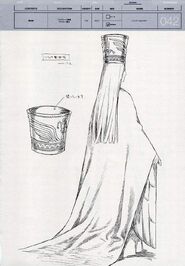