"What's gotten you so riled up? Is Tatiana Wisla that insecure about her piloting abilities?"
―Alexander Row to Tatiana Wisla[src]

Tatiana Wisla (タチアナ・ヴィスラ) is one of the supporting characters in the Last Exile series.

Tatiana Wisla is the only child of "the proud and noble" Wisla house of Anatoray. At the age of seventeen, Tatiana left home to become a member of the newly-formed Anatoray Military Vanship Corps, a new military division dedicated to using vanships as weapons as opposed to just couriers and transports. She excelled in both piloting and dogfighting, quickly becoming one of the best vanship pilots in the sky, possibly second only to Alexander Row. She sent all the extra money she made as an ace pilot back to her family so that her mother could care for her ailing father. Before too long, she found herself on the Silvana as Row's handpicked wing commander for his small vanship fighter fleet.

With her trusted friend, confidant, and navigator, Alister Agrew, she quickly becomes one of the most dreaded forces in the sky next to the Silvana herself, for which the technicians onboard the Silvana start calling her the "princess." Her cold demeanor manages to alienate even her close friend Alister. Beneath her cold exterior though, we occasionaly see glimpses of her remaining a simple girl loving her family and wanting to make them proud.

Tatiana is a strong willed young woman who doesn't take things lightly, but does have a certain amount of respect for people, she is constantly focused on battle and little else out of the field.

Tatiana is second best to no one in her own mind, but her overconfident self-view is challenged when she meets Claus, whose piloting skills rival her own, from then on, her feelings toward Claus go on a roller coaster, making her feel anger, disgust, awe, respect, fear and even attraction to the young vanship pilot. Her frosty aloofness is clearly a self-defensive façade; she suffers a mental breakdown of sorts after getting shot down over the desert, but recovers and from that time she begins to show a greater depth of feeling, especially towards Claus.

Naturally, this brings about isues with Lavie, but by the end of the series, she seems to have come to accept Lavie as a possible rival for Claus' affections, even if it is never said right out.

Tatiana Wisla is a slender seventeen-year-old woman with short-cut platinum-blonde hair that clings to her scalp. She has gray eyes and a rounded face with a pointed chin. She dresses in a form-fitting gray bodysuit with vertical black stripes and a zipper up the front, and thigh-high dark gray boots and elbow-length gray gloves.

Tatiana pilots Ship One, a twin-engine vanship fighter which she painted red to distinguish herself from the other pilots as well as all other vanships in the sky.

She once again reappers in the Last Exile: Fam, the Silver Wing as the captain of the infamous warship, the Silvius. By this time, her taste for high-risk tactics has earned her ship (as well as herself) a deadly reputation. However, these tactics, enable the Silvius to survive even after the Ades First Fleet attacks her ship and nearly destroys it, such as her use of the Silvius' cannons to barrage a nearby cliff, sending it crashing on nearby Ades ships while escaping herself. 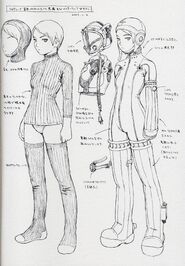 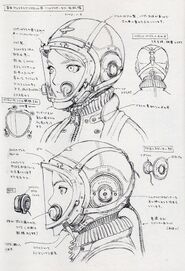 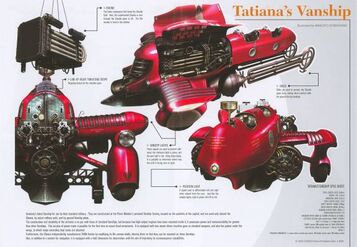 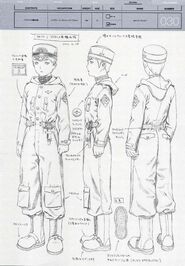 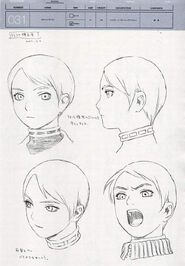 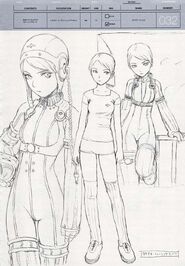 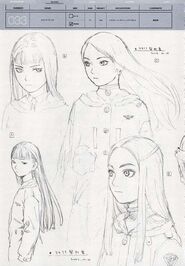 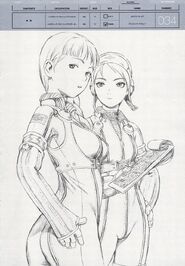 Spheres Pre Plus Plus 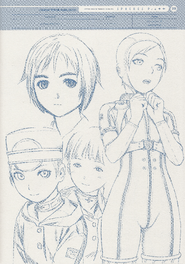