The following timeline and history is translated from the official Last Exile timeline as it appears in the Aerial Log book with scans provided at the bottom. If you wish to add anything to the timeline or history to make a translation suggestion, please see the talk page.

A History of the World[]

Not a lot of major events happened until Guild Date 600. Exile was perfectly able to sustain Prester before then. However, the system began to malfunction due to the Guild's inner strife and failures. What follows is a brief history of the world of Last Exile.

The Earth and the Earth Regeneration Plan[]

The distant future. The economic priorities of certain superpowers based on consumption came to a halt as global warming advanced. The melting of the glaciers caused sea levels to rise and catastrophic weather events. It was predicted that Earth would no longer be able to support life in 100 years. The Earth Regeneration Plan was put into operation. The plan was to evacuate Earth and allow the planet to heal itself. To speed up the process, Earth was covered in nanomachines built to assist the planet's recovery.

Carefully selected for migration on a global scale based on region, several hourglass-type space colonies (called Presters) were constructed. In their placement, it was necessary to find locations with fixed stars where there were little gravitational disturbances and cosmic dust so the colonies could last for perhaps a millenium. Because the resources required in building Presters were so vast, locations had to be found with materials that could be utilized. In some instances, more than one colony was being built in the same place.

The artificial planets were able to harvest solar rays to power the circulation of air and water, allowing them to simulate Earth's environment indefinitely. If human civilization and culture were able to exist in a Prester's closed system, it was the expectation that humans would return to their mother star after the Earth's regeneration.

The environment of Presters were planned to resemble the sixteenth and eighteenth centuries. It was felt that such an environment would be adequate for supporting the entire population of immigrants in its closed system.

Even after 600 years, the people and societies of the different Presters could have evolved drastically. So much so, that there may even be "ghost" Presters: the inhabitants killing themselves off, their history lost, while the Prester continues to run according to schedule.

Presters are able to operate automatically but, because the Earth Regeneration Plan would take hundreds of years, a safeguard was set in place. This safeguard was the Guild. Using the advanced technology of Earth, the duties of the Guild were to oversee the management of a Prester and fix the troubles of its inhabitants. When the Earth Regeneration Plan was complete after several hundred years, the Guild would receive a signal to begin the journey back home. Once the signal was received, the Guild was to help the inhabitants migrate to the immigration ship that all Presters had and, once they reached Earth, administer a new Earth government.

The life of the Exile immigrant began calmly. The immigrants fused with their environments and progressed without incident for many years. But, after many centuries, the colony's balance began shifting little by little. In Guild Date 600, an abnormality in the weather control device was discovered. House Eraclea, the Guild house responsible for the device, showed no interest in the abnormality and neglected it. In Disith, solar light decreased, causing water to accumulate and become ice. Conversely, Anatoray began losing water and slowly began turning into a desert.

In truth, House Eraclea did not know how to fix the device. It was Guild mandate that each house taught the next Guild generation everything it knew. House Eraclea had failed to do this. If House Eraclea had passed down its knowledge, the repair on the weather machine would have been simple. But, because the machine was no longer being attended to, its effects on the land began to accelerate. The acceleration was evident during the Third Battle of Minagith. Because of the hourglass shape of Prester, Anatoray and Disith experience opposite seasons. Anatoray was experiencing early summer while Disith was experiencing early winter. If the people of Disith did not leave soon, they would be faced with total annihilation.

The Guild existed as an organization to maintain world stability in Prester colonies. For a long time, the four great houses (Bassianus, Eraclea, Dagobert, and Hamilton) ruled without ceasing. For several generations after immigration, the handing down of scientific knowledge and the means of maintaining the colony were done effectively. However, as it is after many years, traditions become legends and things that had meaning are lost. They had forgotten the responsibilities of being the privileged class. Originally, the role of Maestro was chosen by a council but elections gradually fell to nepotism and the age-old secret feud returned. In G.D644, a major event occurred that split the four houses.

House Bassianus took on the position of Guild reform. They believed the exclusivity of the Guild could not and should not last forever. The house feared the Guild losing knowledge and skills because of the Guild's closed society. They sought to punch a hole in the Guild's society by forming marital unions with Anatoray. Even Marius Bassianus, the head of the House, married an Anatoray woman and had a child with her. House Eraclea, on the other hand, believed in the superiority of the Guild no matter what knowledge would be lost. The Guild had to always remain the absolute authority over Anatoray and Disith. House Dagobert had no interest in politics but they believed the prospect of losing knowledge was terrifying so they gradually sided with House Bassianus. House Hamilton did not care for reform or control. Instead, the house chose a neutral stance between the three houses and entered into mediation with them. This same house, benefiting from their skill in bioengineering, produced generations of successive Maestros one after the other, each providing their great talents to the stability of the Guild.

Coincidentally, the Maestro of this time was James Hamilton. Maestro James towered above the previous Maestros. He brought stability to the Guild and his decisions as Maestro were continually praised. While he did maintain the Guild's isolation, he did allow the introduction of new blood.

Marius deepened his exchanges with Anatoray, switching his attention to the ground instead of the conflicts within the Guild. Recuise Dagobert, the head of House Dagobert, followed Marius to Anatoray and brought with him new technology as an act of defiance. Darius Eraclea, the head of House Eraclea, was a man of small character and unusual political ambitions. His interests were the history of ancient times and the discovery of technology. Darius' biggest concern was the rumor of Exile-related technology buried on Disith, making frequent excavation trips there.

With the exception of Maestro James, the absences of the heads of the different houses within the Guild led to a period of calmness. However, Maestro James' increasing age began to show and his influence began to gradually decline. The talk of electing a new Maestro began to stir.

The position of Maestro is chosen by a council of Guild Principals, a Principal being a position only second to the Maestro. At that time, the Principal positions were held by the heads of the different houses, the two children of the Eraclea family (Delphine and Dio), and several others. A candidate for Principal had been Marius' daughter, Euris, but he refused to have her elevated to the position because she had Anatoray blood flowing through her. Also, because Marius insisted on not becoming Maestro, it was thought that the likely candidates for the next Maestro were either Darius or Recuise.

The Secret of Exile[]

One day, Darius Eraclea received astonishing information about Exile: it was real. Even in the Guild, Exile was a legend. If Darius was correct, the beliefs of the world would flip on their heads. For the prosperity of House Eraclea and to keep a monopoly on Exile, Darius aimed for the position of Maestro.

A bloody political purge was begun. Delphine Eraclea preached the doctrine of Gennaios: that the Guild was superior in all aspects to the terrestrial nations. This idea spread across the Guild. To continue his quest of finding Exile, Darius Eraclea had to leave the Guild. Meanwhile, Delphine, along with her other confidants and Cicada, was working to consolidate power within the Guild. This is the beginning of 10 years of tragedy.

Even at the age of 13, Delphine's intellect was exceeding her father. Not only that, but she was also adept at deception. In a short amount of time, she seized control of the Guild battleships. She had succeeded in converting many Guild members to her cause.

At that same time, the elderly Maestro James Hamilton was imprisoned. Marius Bassianus and Recuise Dagobert were ordered to return to the Guild from Anatoray per Maestro James' request, fearing his title might be stolen and believing the accusation for his imprisonment was false. However, Marius and Recuise did not return to the Guild because of information given to them by Recuise's wife. House Hamilton's steward, Graf, and Alvis' wetnurse, Gita Rjuna, together with the baby Alvis E. Hamilton, fled the Guild to meet up with Marius in Anatoray.

Eventually Delphine, after killing the people of the remaining three Guild houses, seized complete control over the Guild. After the other houses were gone, she destroyed the female statues that represented them. Darius, who had been absorbed in the investigation into Exile, is killed by her hand. In this way, after all of Delphine's nuisances had been removed, she ascended to the position of Maestro.

The most advanced of the two nations was Disith. The Guild had given them more technological assistance than Anatoray. But, after Delphine Eraclea's rampage, there were many Guild members who were actively providing Anatoray with technology. In order to be able to understand Guild technology, the vanship was created. Before, the nations could only fly with technology given to them by the Guild: the Claudia Units. Now, the people of Anatoray were free to fly the skies. This new technology led to the creation of the Silvana and subsequently Urbanus class ships as well. The Silvana's Claudia Unit was transplanted from an unregistered Guild ship while Urbanus-class Units were created by Anatoray.

The Burning of Ships[]

Time was running out for Disith. The situation in Disith was to survive no matter what as they would not be able to survive the winter. Since the Third Battle of Minagith, the water level in Anatoray had been dropping more and more. The launching of the migration capsules from the Disith launchpads into Anatoray was a one-way trip. There was no going back for the nation of Disith.

The Return to Earth[]

Prester will still continue to function even after the activation of Exile. In activating Exile, the weather abnormality was fixed and Prester returned to its original environmental cycle. Even after the weather control device's repair, its effect still lingered: Anatoray is much warmer than Disith.

Claus Valca was one of the first people to begin the journey back to Earth aboard Exile. Not all of the people decided to board Exile. It is very true that people build attachments very easily to the lands they know. Some chose to stay behind to rebuild after the devastation of Prester. Exile now acts as a ferry for people to and from Earth. Many immigration trips were made and a future of a populated Earth is no longer a dream.

Anything in bold is an event not listed in the official timeline but did occur at that time. The timekeeping convention is based on the Guild's and was used in Norkia. Each year is known as a Guild Date. 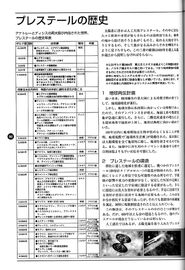 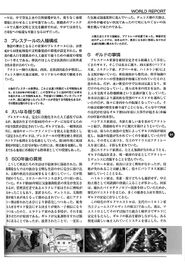 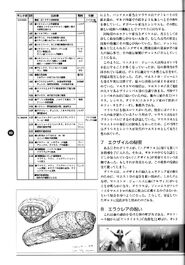 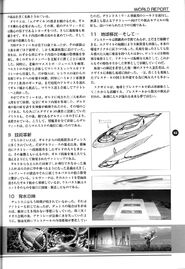